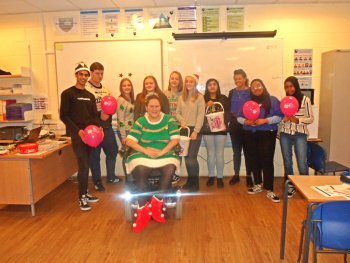 On 21st December 2018 Heathcote School held a Christmas Theme day to raise money for the charity ‘SMA Support UK’. Spinal Muscular Atrophy is a rare, genetic, progressive muscle weakness and the charity supports those people and their families that are affected by the condition.

Students and staff came to school in their Christmas jumpers/outfits. The sixth form also held a singing and mince pies event at break time. A big well done 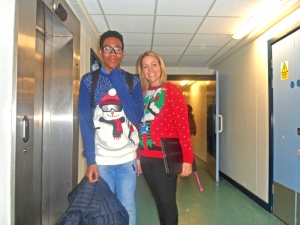 and thank you to all the sixth formers that helped that day, especially Edwina Aggrey and Krisalyn Addo Mends for their fantastic singing! The festive spirit was excellent and students and staff made a great effort to get involved! Prizes were given out to the students and staff who were the most ‘Christmassy’!

Ms Collins, who has the condition herself, is raising money for the charity in memory of her late Father who passed away almost 10 years ago. Ms Collins will be doing a freefall abseil from the Arcelormital Orbitt in the Olympic Park, Stratford in April to continue to raise money for SMA Support UK.

Ms Collins says ‘The support from everyone has been amazing and we managed to raise a fantastic £1025.09 for SMA Support UK’. 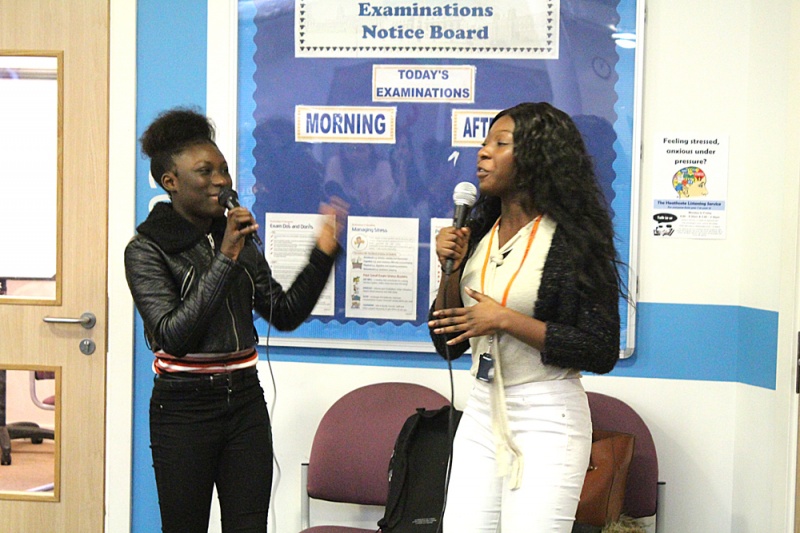