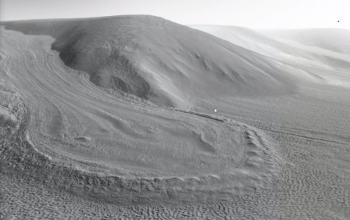 Some of our KS4 and KS5 pupils have been privileged to take part in a pair of physics webinars towards the end of the last term. On Wednesday, 10th February, Year 10 to Year 13 students took part in an Artificial Intelligence Think Tank Event. This is a question and answer session aimed at Key Stage 4 and Key Stage 5.

Think Tank is a series of interdisciplinary webinars for Key Stage 4 and Key Stage 5 students, engaging academics and students in debate. National and global issues are tackled in a dynamic and informative way. This session outlined the key issues relating to artificial intelligence. Some current ethical concerns were addressed such as robots being “better at reading than humans”, potentially putting many jobs at risk; recent news articles based on facial recognition to “predict criminals” sparking row over AI bias and issues surrounding “big tech scandals”.

The event was hosted by Professor Will Penny and Dr Maria Serban from University of East Anglia and Dr Carolina Scarton, from University of Sheffield. The academics shared their perspectives on issues surrounding AI and like many webinars, presented opportunities for students to engage with ‘Question Time’. This was done by either submitting questions ahead of the event or posed by the student themselves during the event.

Oscar Zahouani one of our Year 11 pupils in attendance commented on how much he “enjoyed participating” in the event by asking question to the experts in which he got a “great response”.

“I enjoyed taking part in the AI-Think Tank as lots of university representatives and PhD graduates were present. They answered a lot of questions that considered the future and development of AI in upcoming years”

Deven Sawhney in Year 10 found the webinar "useful and Interesting". His questions included, “how AI could make a major difference in the community in fields such as Computer science and psychology?” and “how can AI be used in computer-human interaction to mimic the human mind such as empathy for people who have lost someone or just need a companion?”.

Dr Barard, who organised the event added: "It was a great opportunity for our GCSE and A-Level Physics pupils to interact and address current issues surrounding this exciting topic. AI will continue to be controversial and even Stephen Hawking has warned that AI could “spell the end of the human race”. The questions our pupils asked were amazing and it was so lovely to see them engaged.”

It has been long suggested that Mars is the only “potentially habitable planet” in our Solar System. The webinar focussed on present day evidence that Mars hosts abundant water and ice within glaciers and ice caps. The talk preceded to present the audience with a visual tour of Mars’ icy landscapes using the high-resolution image and 3D data returned from orbiting satellites. Images of the stunning glaciers were shared and the recent history of glaciation and glacial meltwater on Mars was discussed. Key questions included, “What can Mars teach us about glaciation on our own planet?” and “How can glaciers on Mars provide vital water resources for future human missions to the Red Planet?”

The live, participative event was delivered by Dr Frances Butcher, a postdoctoral research assistant in the Department of Geography at the University of Sheffield. During this live session, students took part as individuals via a microphone and/or typed comments and questions. They were encouraged to question the glaciation and water on Mars and their significance in terms of the understanding we can gain and how we might benefit. The webinar was aimed at Key stage 5 pupils with a possible interest in studying, Geography, Sciences and related disciplines.

Hannah Luesley, one of our Y11 GCSE pupil who attended the event said,

“The water and ice on Mars talk was very interesting as well as informative. I’d love to learn more about it and would definitely go to another talk!”

Our Physics Year 13 pupils, Cameron White and Richarnie Burrows-Chambers both agree that “it was the best webinar ever”.

The year 13 pupils were interested in future missions to Mars and questions were raised about the suitability of Mars being a potential candidate to host human life.

The event also focussed on career opportunities and different pathways taken by individuals involved in such a large collaboration such as this. The speaker discussed her own academic background which included Geography and Physics.  She gave an insight into other career routes that her colleagues had taken before joining the planets research field. This included backgrounds in biology, computer science and meteorology.

Ms Faria joined the event because of her background in geology. She found the most successful advances in space exploration that have benefited us here on Earth, as well as the investigation of the residues of microbial life that could have existed on Mars around 3.5 billion years ago, fascinating.

Dr Barard commented on the relevance of this topic to pupils’ learning, “The timing of the event was brilliant. I’m currently teaching Astrophysics to both my Year 11 and Year 13 pupils. I have always wanted to learn more about the possibility of life on Mars, especially since it is in close proximity to Earth and of course has evidence for the existence of water and ice on its surface. I think the pupils’ contribution was great and I cannot wait to use some of the topics and ideas discussed in my own lessons”.