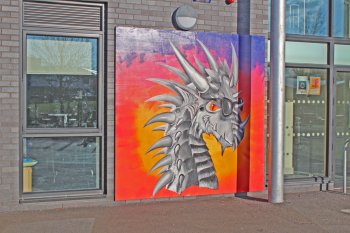 We were delighted to announce back in the summer that Heathcote School had been awarded a grant of £31,500 to create 11 murals to transform the interior and exterior walls of the school buildings.

Mural artist Mik Richardson started working with Heathcote staff and pupils to design the first mural back in July, and now nearly six months down the line his work is approaching completion. Mik, based in Norfolk, has 13 years’ experience of painting murals for schools and community projects, and in that time he has painted over 400 murals! Mik will be working with us at Heathcote until the end of January, and we plan to involve as many pupils as possible with the design and painting of the murals. 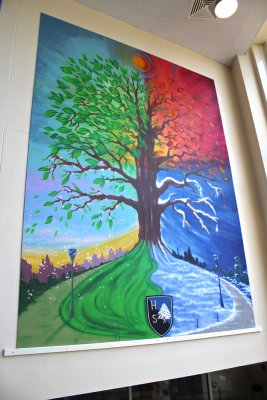 The theme of the murals is inspirational quotes, and the Art department held a competition last year - open to pupils in all year groups - to design each of the 11 murals. We had a fantastic response from pupils and we are now seeing their brilliant designs nearing completion.

Mik began work on the first mural for the outside wall of the Humanities building back before the summer holidays. This mural is based on the designs of Ashton Hawkes in 7.7 and Afnan Mohamud in 10.1, and has certainly brightened up the wall outside the cafeteria. Year 7 and 8 pupils worked with Mik to paint the background, and this collaboration has continued throughout the project. To date (early January 2020), six murals have been completed and installed in the school, with a further five in progress. Currently, two of the murals are featured on the south side of the Humanities Building and faced across the meadow by a larger one on the north side of the Sixth Form block. The remaining three are mounted in the main school atrium and main stairwell, with more scheduled to be displayed here.

Watch this space for when these final giant artworks are revealed... 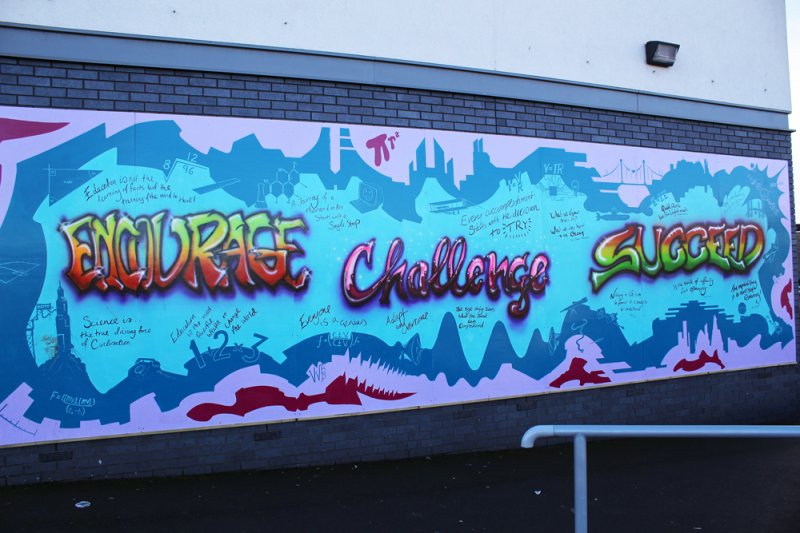 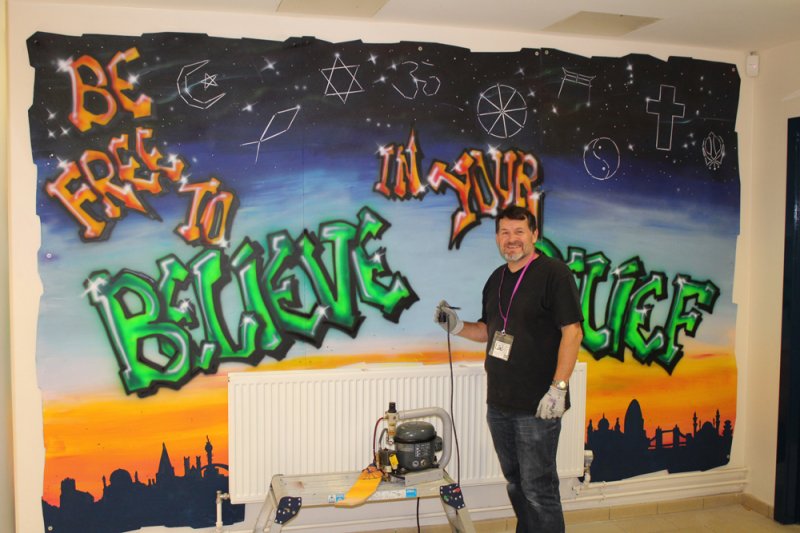 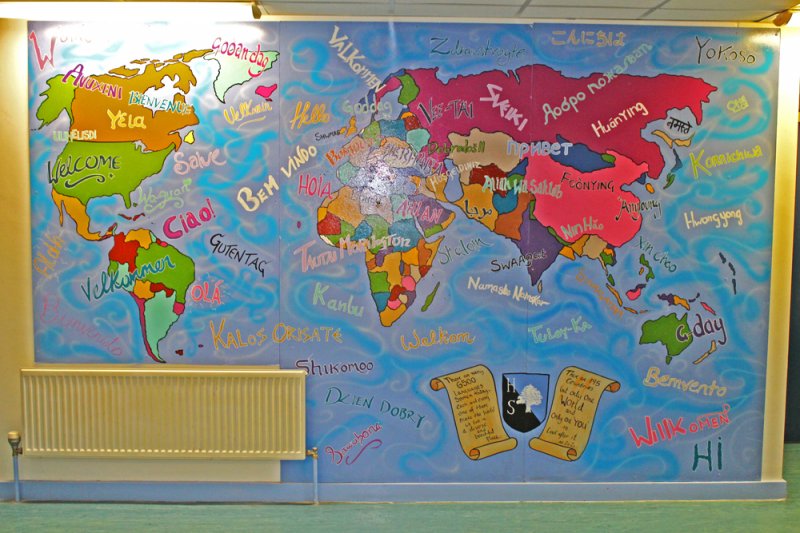