Our two winners from last year, Melih Civici and Constantine Dulcianu attended accompanied with their families. Both boys have made a memorable contribution to Heathcote School over a prolonged period of time and have been an absolute credit to the school and our community. 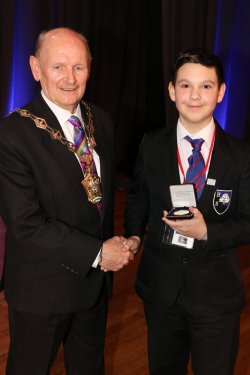 In addition we also had a member of staff rewarded for all her work with many pupils. Ms Buchan has made a significant impact on a huge number of young people, many of whom are overcoming personal challenges including hardship, uncertainty and many of life’s obstacles. For some Ms Buchan is a real reason for them to attend Heathcote.

Both staff and pupils had an extremely enjoyable evening and we are delighted that their efforts were recognised!