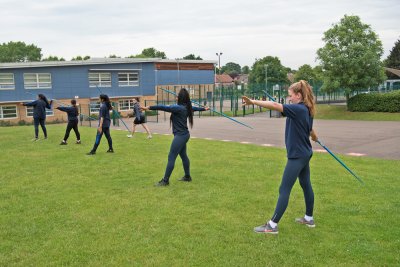 Heathcote School and Science College acknowledge the clear evidence of a link between poor attendance at school and low levels of achievement. Government figures show that:

Heathcote School and Science College recognises that all parents have a statutory duty to ensure that their child is educated. You must make sure that your child gets a full-time education between the ages of 5 and 16.

You will be contacted by either:

During an initial phase of absence the School Attendance Officer (SAO) or the Learning Manager for Attendance (LMfA) will make phone calls to verify the whereabouts of a child and enquire as to any absence which is unexplained. If required, supportive meetings and consultations may take place to assist the family in improving their child’s attendance.

If, after initial support, attendance does not improve then the Local Authority Education Welfare Officer (EWO) will issue a warning and may start legal proceedings through prosecution at a magistrate’s court.

You can be prosecuted if you do not provide your child with an education, this will be after warnings and support from the local authority have been provided.

When your child can miss school

You can only allow your child to miss school if either

If your child is genuinely unwell this will be treated as an authorised absence i.e. Heathcote School has accepted and acknowledged the reason for non-attendance.

Heathcote School and Science College are also aware that on rare occasions there may be other circumstances where a child may be unable to attend school e.g. a family emergency or religious observance. When this occurs, it is expected that parents will inform the school as soon as possible.

Events such as shopping trips, looking after siblings, visiting relatives, outings, lack of school uniform or translating are not acceptable reasons for absence and will be unauthorised.

Holidays taken during term time will be unauthorised by Heathcote School.

How can you help?

Do not condone absence, if there are problems speak to the Heathcote School Attendance Team.