"One language sets you in a corridor for life. Two languages open every door along the way"

Learning an international foreign language is truly beneficial as it equips young people with a range of transferable and strategic skills. The conceptual understanding of how a language functions can broaden pupils’ personal and social horizons and foster an appreciation of and respect for other cultures worldwide. The sense of achievement in mastering in learning key aspects of a language can endure into adulthood. Key Stage 3 Languages are considered an important part of our pupils’ education at Heathcote and the Modern Foreign Languages department continues to enthuse and engage young linguists with vibrant and energetic lessons.

At Heathcote we believe passionately that learning another Language is an essential skill in our global world. We equip our pupils with a set of skills, which they can then use to apply to other Languages and subjects. We hope to open their minds to different cultures and ways of looking at the world.

Pupils at Heathcote study either French or Spanish a KS3 for a minimum of three years. Pupils can then go on to study it at GCSE level or indeed at A level.
Year 7 & 8 pupils follow a foundation course, with the emphasis on providing them with structures to enable them to study it at a higher level. Grammar, vocabulary acquisition, translation and speaking skills are important aspects of the work taught. Year 9 then builds on this, as they begin the course as a foundation year that hopefully they will continue until Year 11. Equal emphasis is then placed on Listening, Speaking, Reading and Writing skills. 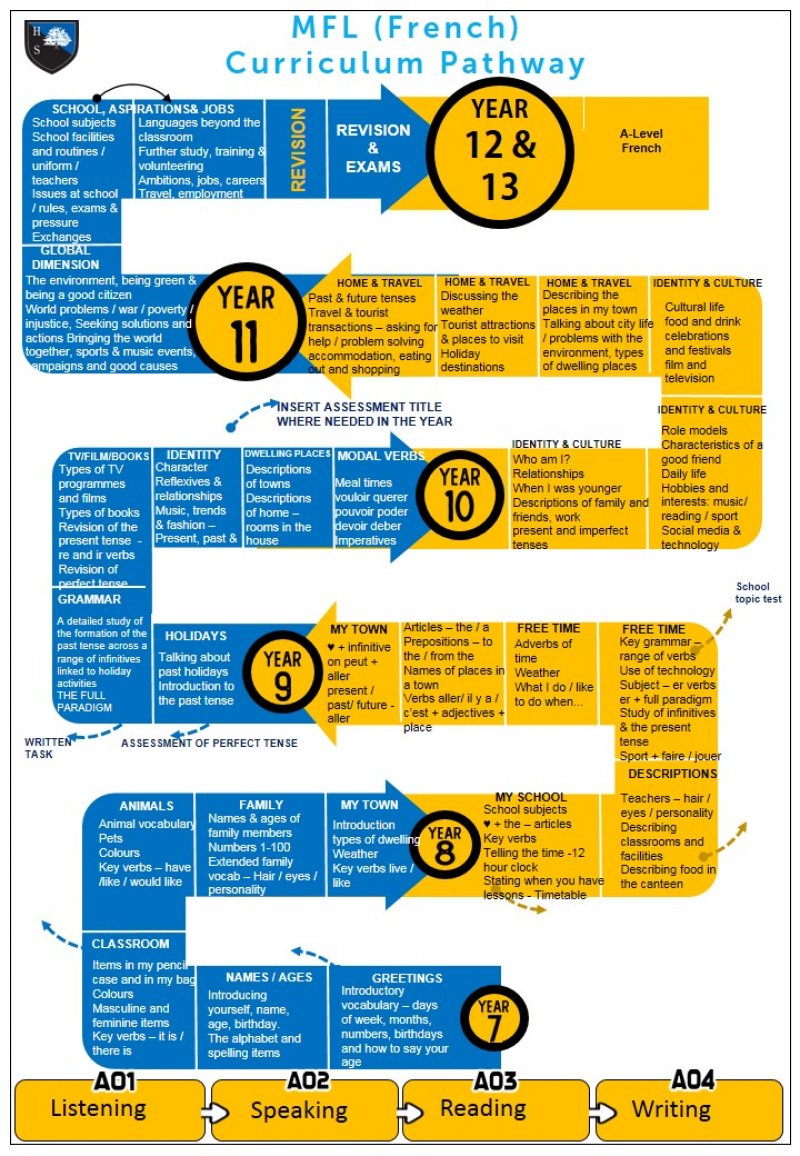 As you progress during the course, we would expect you to become more confident linguistically:

(Both Spanish and French specifications are assessed in a similar format)

Paper 4: Writing
Terminal Examination – 25% of GCSE
Foundation Tier – In 50 minutes, pupils answer four questions in the form of sentences, a short passage, a translation from English to Spanish and an extended piece of writing.
Higher Tier – In 1 hour and 15 minutes, pupils answer 3 questions in the form of a structured writing task, and an extended, open-ended writing task and a longer translation from English into Spanish.